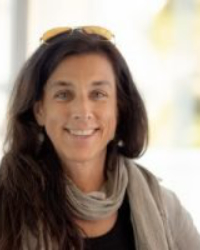 Ages: 12-18
Cost for 2 days: $40 (plus HST & order fees)
King’s Theatre aims to ensure no one is excluded due to cost. Please get in touch for bursary.
REQUIRED to bring: Your own camera phone & a brown bag lunch.
Workshops will take place at the theatre and on site in the community, so dress for the weather.
Deadline to sign up: March 12.

Make a short documentary film and see it on the big screen!

Making documentary films isn’t easy — whether you’re in a war zone or in your back yard – but it’s one of the most rewarding jobs on the planet! A powerful documentary film or web video can bring life to a story, social issue, or celebration like no other. Films can move minds, alter policy, change lives and expose injustices – but it has to be done with purpose, mindfulness and compassion in order to be effective.

In this two-day workshop (March 15 & 16) we will learn how to explore issues, story and themes through storyboarding, cinematography, editing, soundscape and music. Breaking out into roles – director, cinematographer, soundperson, editor, etc. — we’ll work together to create 3-5 minute short documentaries, that address issues that matter to you! And we’ll have an awesome time doing it! :). Films made in this workshop will be screening at King’s Theatre on Friday March 19 at 7pm.

About the instructor: Celebrated documentary photographer and filmmaker, Nance Ackerman has been making images and film around the world for over 30 years. Her documentary photography work has been featured in Time, Newsweek, Canadian Geographic, New York Times, and Canada’s national newspaper, the Globe and Mail and she was the assistant photo editor at the Montreal Gazette for several years before going freelance. Her work has been described as ‘artivism’ – creating art to create change. Striving to build bridges of understanding, common ground and a global awareness of human behaviour on this planet, her work quickly grew too large for the daily news cycle. After being dragged across the barricade while covering/protesting at Oka, she started on a journey of discovery of her Mohawk heritage. The result, her photographs of First Nations women, have been exhibited at the Aperture Foundation in New York and the Smithsonian Institution, in Washington, DC. Following that, Ackerman’s book, Womankind: Faces of Change Around the World – a collection of portraits and essays of women activists around the world – was released in 2003.

In 2005 Ackerman turned her eye to directing social documentary films. Her first film, the National Film Board feature documentary Cottonland, brought in numerous awards and three Gemini Nominations, and shone a light on the connection between the world of opioid drug addiction and post industrial malaise. Since then she has made several more award-winning documentaries and an animated short. Her collaborative feature documentary film, Conviction, went inside Canada’s women’s prisons to imagine alternatives to incarceration through art and music and premiered at Hot Docs International Film Festival. Conviction won her, and her co-directors, a National Writer’s Guild Award for Best Documentary script. Her latest film Behind the Bhangra Boys takes an intimate look at joyous activism through five Sikh Bhangra dancers and new Canadians. Ackerman is now developing several projects from Afghanistan to Mexico that explore the power of the human spirit behind many seemingly overwhelming global issues. She has a masters degree in New Media and also taught for seven years at the University of Kings College, in Halifax. She now offers International photography workshops around the world. Ackerman also composes soundtracks with her partner, Jamie Alcorn, at their studio, Heartstring Productions in Tupperville in the Annapolis valley.